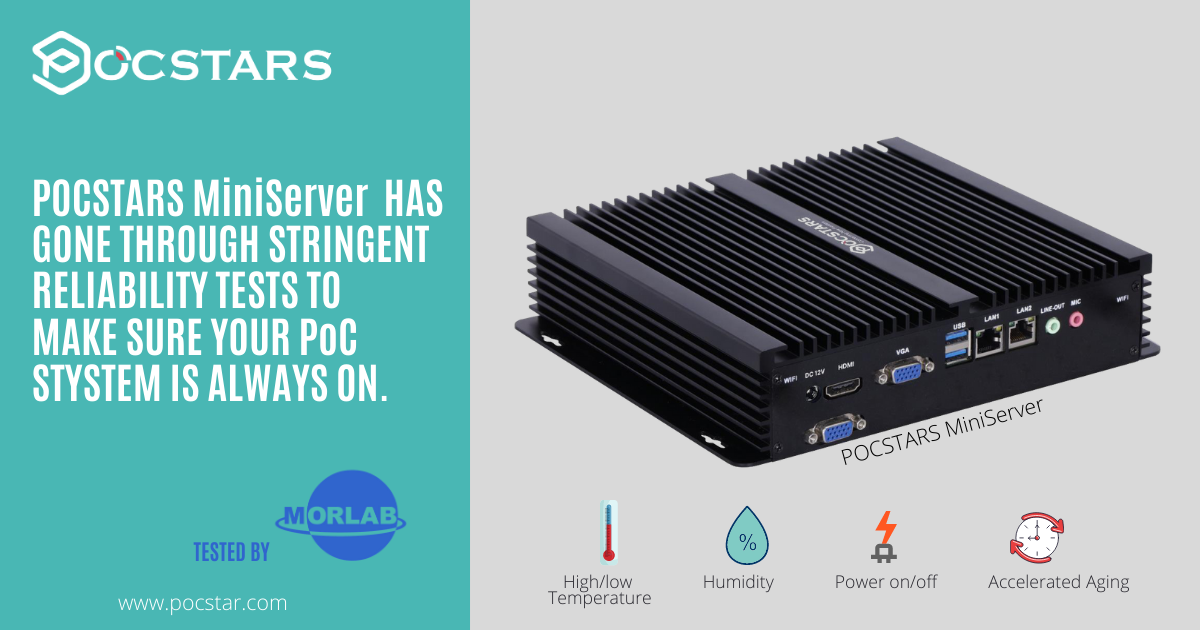 POCSTARS, a world leading Push-to-talk over Cellular (PoC) communications solution provider, works with Morlab, a professional test and certification laboratory, to subject the MiniServer, POCSTARS’ PoC server, to a series of stringent tests. Proven to be reliable in extreme conditions, MiniServer was certified with multiple directives.

At Morlab, 20 randomly selected units of MiniServer went through high temperature and high humidity storage test, low temperature storage test, high and low temperature limit test and Mean Time Between Failure (MTBF) test from September 26 to October 15. “POCSTARS is the first PoC solution provider having its servers going through such extreme tests. It shows our confidence in the products reliability. We are proud of supplying quality products to our partners across the world,” said Louis Rong, President of POCSTARS.

· High temperature and high humidity storage test: The MiniServer was stored at a temperature of 45°C and humidity of 95% for 4 hours, and then powered on and off for 1,000 times. It operated without faults for the following 24 hours.

· Low temperature storage test: The MiniServer was stored at a temperature of -20°C for 24 hours, started at 0°C for 20 times, and then powered on and off for 1,000 times. It operated without faults for the following 24 hours.

· High and low temperature limit test: The MiniServer operated at a temperature of -20°C for 12 hours, and then another 12 hours at 55°C. It operated without faults throughout 24 hours. 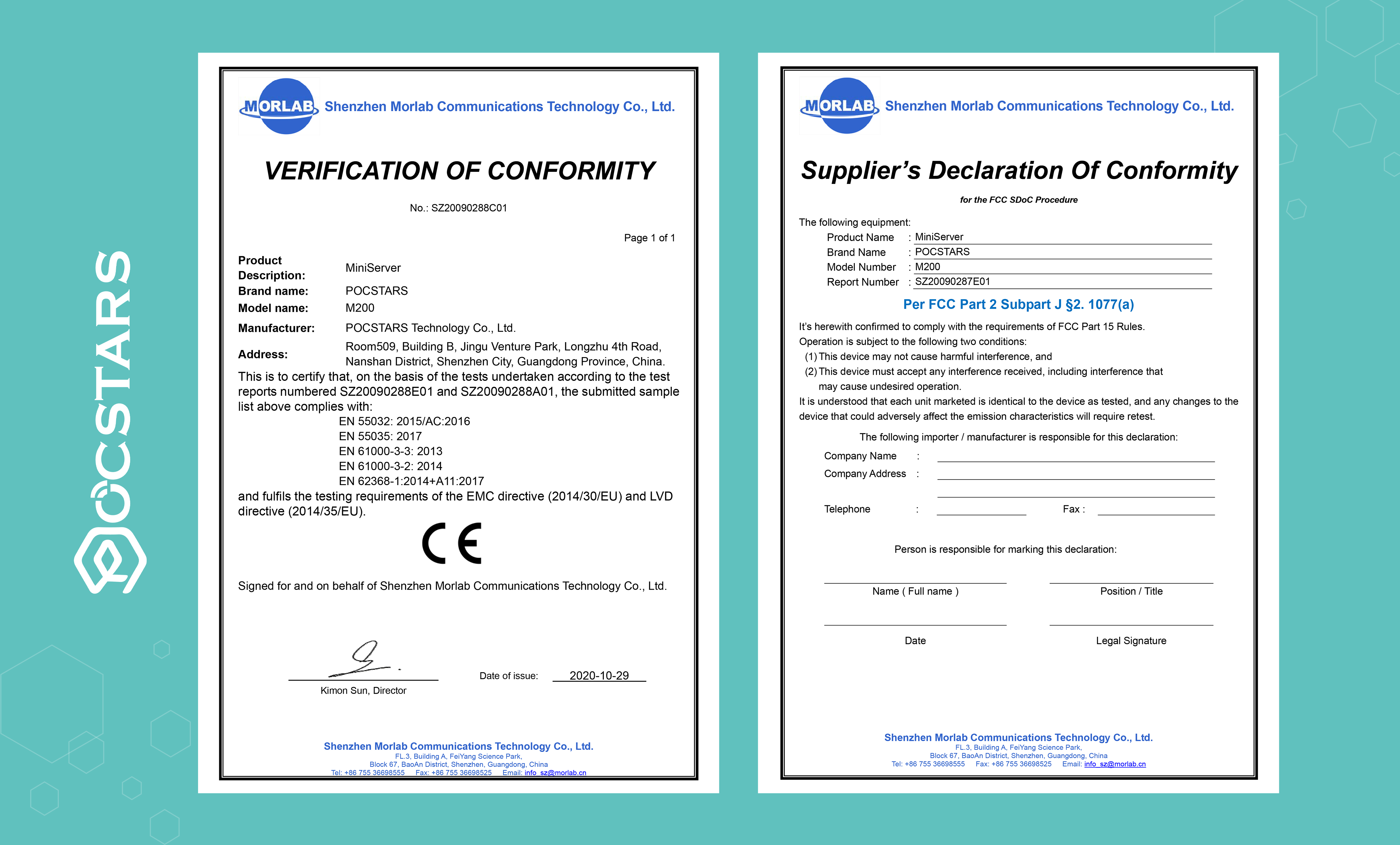 POCSTARS offers its MiniServer in three versions, including standard, enterprise and advanced version.  With capacity up to 200 users the standard version is capable of serving most of customers, such as hospitals, hotels and supermarkets. Features such as trunking push-to-talk, voice recording, positioning and text message come with the standard version. The server itself is compact and power efficient and works quietly. The enterprise version is for middle-sizes businesses such as security and logistics companies. It supports up to 500 users. Besides features in the standard version, it comes with features such as multimedia IM, geo fencing and grouping. The advanced version supports up to 1,000 users. It is capable of multi-layer management, real time video dispatching and connectivity with the private two-way radio systems via gateways. It adopts standard 1U design and deploys in IT infrastructure rooms.